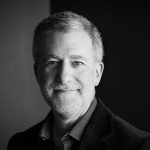 Ted Weinstein is a literary agent with broad experience on both the business and editorial sides of publishing. Before founding his agency in 2001 he held senior positions in licensing, marketing, publicity and business development with several major publishing companies. Also a widely published author, Ted has been the music critic for NPR’s All Things Considered and a commentator for the San Francisco Chronicle, the Bay Guardian, SF Weekly and Might Magazine.

You can listen to audio recordings of some of Ted’s recent workshop, radio, and conference appearances, including his “Book Proposal Bootcamp” and “The Business of Publishing.” You can also read and listen to some of his many recent media appearances.